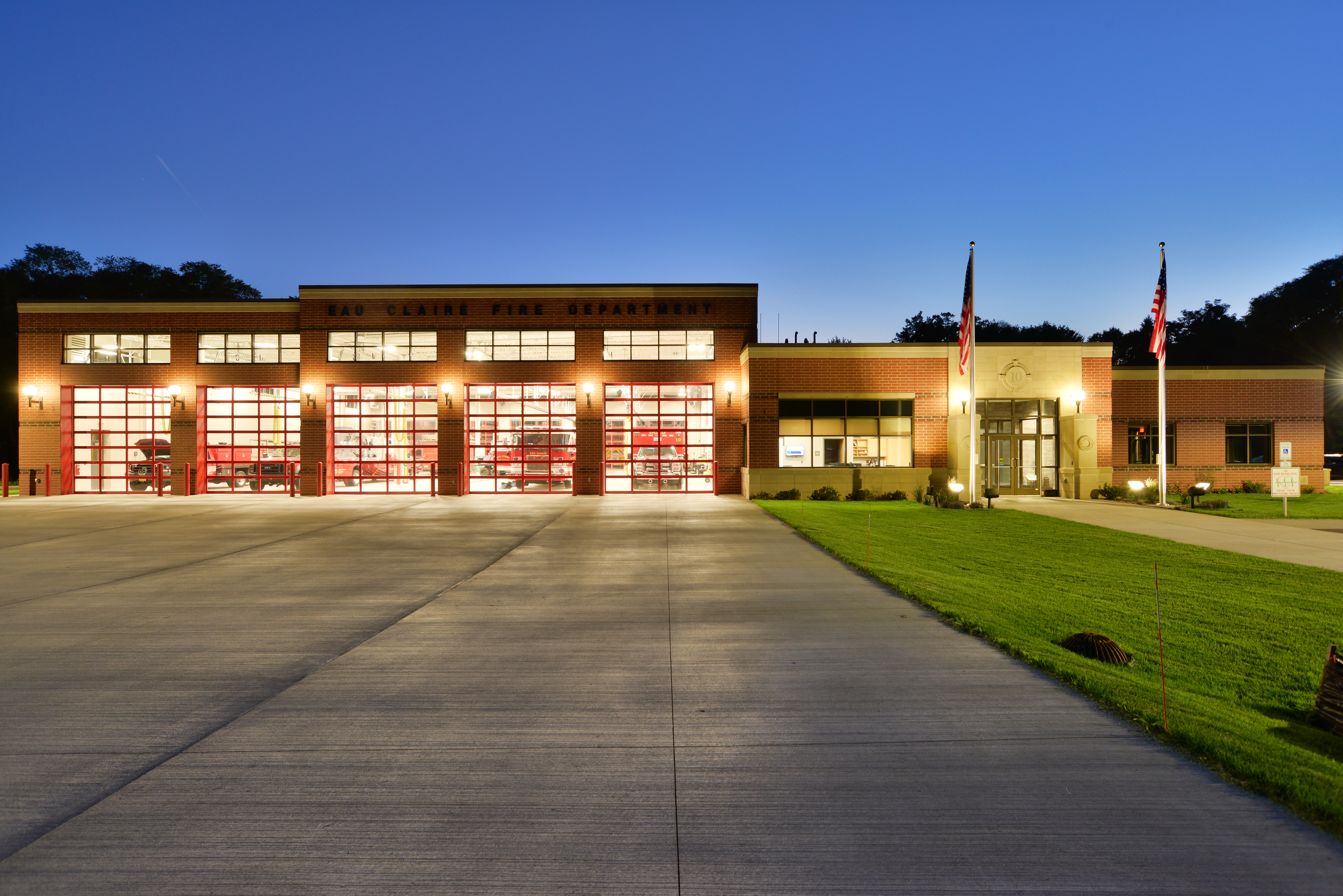 The City of Eau Claire selected Wendel, home of the award winning Five Bugles Design team, to be the architect on a new satellite station, replacing existing Fire Station No. 10 on the city’s East Side. Five Bugles Design used a comprehensive GIS study to review potential site locations, with a selected site that was densely vegetated, but was known to be a former waste disposal area in the early 1900s. Based on historic topographic maps, there was a ravine at the proposed site of which locals used to fill with various materials.

Geo-technical data indicated that half the station could be placed in the upper Northwest corner of the property and still be located in virgin soils, while the other half of the station would need excavation to depths of 30’-0” to remove these materials. A phase 2 environmental site assessment was completed indicating a passive vapor system be installed under the slab of the building.

When entering the main entrance, in the vestibule sits a display area complete with historical information about the department, a lobby and a training room which can be used by various other groups but still remains secure from the rest of the department with a watch office looking over the apparatus approach. laundry area.

Our team is ready to serve your community! 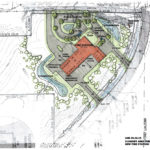 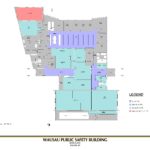